Presented by The Old Nick Company

From the Creative team
that brought Sweeney Todd…

This most American of musicals lays bare the lives of nine individuals who assassinated or tried to assassinate the President of the United States, in a one-act historical show that explores the dark side of the American experience. From John Wilkes Booth to Lee Harvey Oswald, Stephen Sondheim and John Weidman bend the rules of time and space, taking us on a nightmarish rollercoaster ride in which assassins and would-be assassins from different historical periods meet, interact and in an intense final scene inspire each other to harrowing acts in the name of the American Dream.

TICKETS: Adults $40 / Concession $30 (plus internet booking fees)
Tickets available via Centertainment, ONLINE  or phone 03 6234 5998
Please note: Internet sales for this event are NOT posted. They are sent to the Peacock Theatre for you to collect on the night anytime from 7.00pm. If you prefer, you may collect them from our office at 53 Elizabeth Mall, Hobart up until the day before the performance. 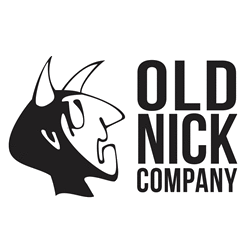