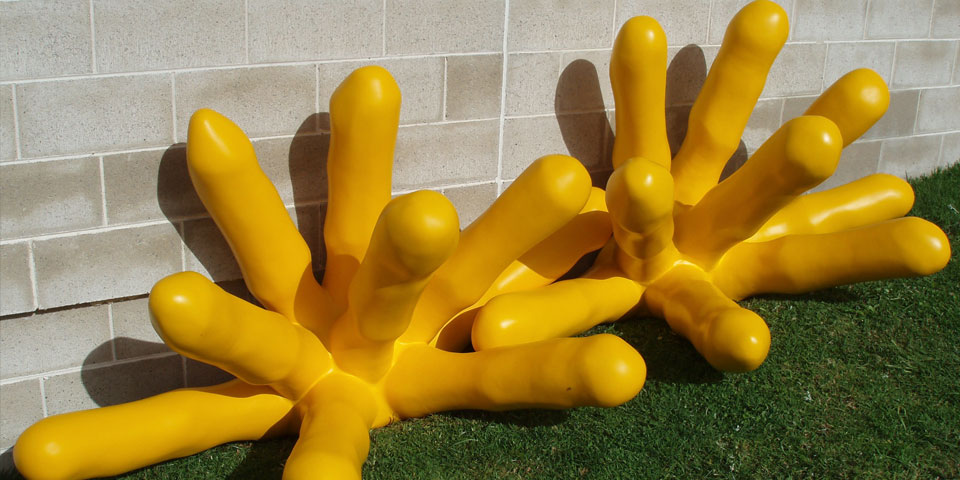 “I have been cultivating a weed. I did not realise it was a weed when it sprouted within a pot on my balcony. It looked nice, and even when a friend pointed out that it was a weed I didn’t mind. It is not a weed somewhere I thought. Rhododendrons, (introduced in the 1700’s), are weeds in Ireland. The ‘weed’ is any plant which is essentially unwanted, invasive and usually from somewhere else, non-native.  The weed can be defined also by the fact that it usually requires no tending, it is tough, adaptable, and persistent and it is self-seeding. It is also insidious, colonising difficult interstitial spaces, cracks in concrete, the edges of walls, and the roofs of buildings. A singular definer of the ‘weed’ is its capacity to spread quickly and colonise new areas readily.

This installation – meme ii kelly’s garden by Marie Sierra conflates the concepts of memes with its corollary in nature, the weed.  It’s a very apposite connection when the qualities of the meme are considered. The artist describes it thus:

“The majority of my work examines the social construction of nature as an idea. This is one of two large outdoor works I’ve made around the idea of the meme, which is like a vehicle for carrying cultural ideas or practices. This work manifests the idea of the meme as an ambiguous weed, coral or seed-like form that appears to emerge spontaneously but artificially from where a wall (a human built form) meets the ground plane. It plays with a form’s appearance as naturally derived but culturally coded.”

The five striking elements in this installation appear to have ‘established’ themselves in the space of Kelly’s Garden. Their siting suggests that they have appeared in the interstitial space where wall meets ground as if rhizomes have followed the line of least resistance along this space which is neither wall nor ground, an edge which is both and neither, and then appearing at the surface at specific intervals. They allusively suggest land and aquatic plant forms, hands, corals, sea creatures, clearly a wide range of ‘natural’ living forms.

The conjunction of weed and meme is close and is attenuated by the rapid way in which memes now spread through the agency of the internet, TV, emails, texts and digital media generally. They inhabit virtual spaces; they proliferate and move fast, becoming ubiquitous in the space of a mouse click.

The derivation of this work is clear but, as with all good sculpture the form expressing it stands despite any knowledge of that derivation. Sculptural practice still relies on the primary elements of   form and space and secondary elements like surface and colour. The final critical element, essential in installation-based work is siting – how the components relate to each other and to the site. It’s clear in consideration of the form that the work takes and the specificity of the relational siting of individual components, that the conceptual basis of the work informs these aspects strongly.

It is becoming increasingly popular to use the term ‘sculpture’ rather loosely in contemporary art practice. Installation practice also continues to proliferate but I would hesitate to describe much of this practice as sculpture merely because it exists in three dimensions, and I doubt that many artists engaged in this practice even consider it so. The implications for sculpture that centres on the key elements that define it from other disciplines, are that its unique defining aspects may become blurred and confused requiring re-statement, as this work does, in no uncertain terms.

Another aspect of current practice that impinges on this work is the place of formalism in contemporary art practice. Clearly this work is not purely formalist as the connection between its concept and its expression in form is critical, but there remains the issue that many contemporary artists have for some time eschewed formalism or modes which rely on more ‘concrete’ aesthetic relationships alone. It is an interesting time to make sculpture. Recent resurgences of interest in more formally-based work bode well for the future of formalist sculpture and for the importance of the ‘object (or installation) as phenomenon’.  The notion of the work as a powerful sensate experience should never be downgraded or considered superficial. We should recognise that while art can arise from, or articulate a range of concepts and values, its primary strength is to do what it alone can do. The transmission or evocation through visual experience of rich intuitive responses is still its unique definer and singular strength and integrity.

Marie Sierra’s work walks the fine line between the conceptual and formal with confidence, providing a rich visual experience underpinned by important concepts related to the operations of nature and the state of our current cultural condition. 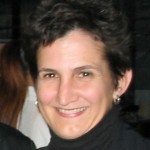 Marie Sierra has held numerous solo and group exhibitions within Australia and overseas, published many articles on contemporary art, and won several grants and awards, including five Australia Council Grants. Originally from Philadelphia, she came to Tasmania as a postgraduate student at UTAS, and then lived in Melbourne for 24 years, where she built an art practice focused on nature as a social construct. She worked at the Victorian College of the Arts, University of Melbourne, and also at RMIT’s School of Art. Marie returned to Tasmania in 2010 and is currently Head, Tasmanian College of the Arts (TCotA) at UTAS.

Kelly’s Garden Curated Projects is an initiative of the Salamanca Arts Centre and made possible through the generosity of Aspect Design and fundraising from SAC’s supporters at Quiz Night.  This project was assisted through Arts Tasmania by the Minister for the Arts.  Marie Sierra is supported by the Tasmanian College of the Arts, UTAS.  The artist would like to thank Seán Kelly, Fiona Fraser, Rob Rowe, TCotA and UTAS.