Power in the Land 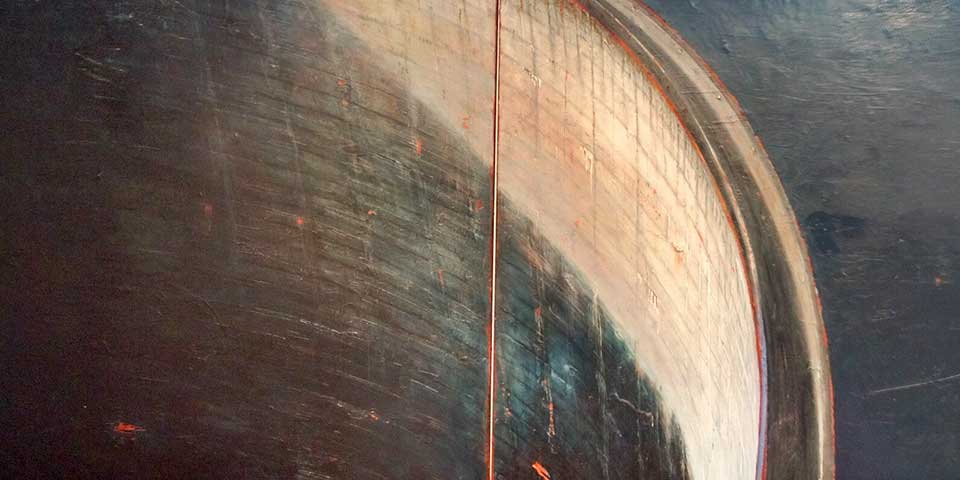 Power in the Land is a significant exhibition of large-scale oil paintings by Tasmanian artist and SAC Resident artist, Annette Macgown.

The work draws inspiration from an ongoing fascination with the aesthetics of the industrial sublime, that developed during a series of photographic field trips into the remote, isolated and evocative landscape of Tasmania’s central Highlands to investigate the  hydro-electric power scheme.

“I found myself compellingly drawn to the omnipresent industrialisation that dominated the graphic landscape and became intrigued with my ambivalent response to the subject matter; massive, rustic penstocks; unimaginable dam walls harnessing the power of nature and rhythmical, looping power lines that mesmerised as they spanned the land from one distant horizon to the next, as far as the eye could see and beyond.

Theorists, Immanuel Kant and Edmund Burke  come to mind through their definition of the sublime which they described as a response to the power and size of nature and referred to the response as that of respect, awe and astonishment with a degree of terror.  Being both seduced by the alluring command and magnitude of the monumental structures, yet confronted by their overpowering presence,  implied danger and impact on the environment my work has interrogated these tensions.

Strategies employed to build up surfaces and texture in the paintings involved the application of multiple layers of oil and mixed media in a repetitive process of construction, deconstruction and reconstruction.  The process of applying and scraping off paint reveals surfaces which are symbolic of the exposed, furrowed land and the orange under-painting represents the red earth of an ancient desolate place.  My work is intuitive and minimalistic in earthy industrial hues. Bold and dynamic, yet at times subtle and evocative, it sums up a perception of the industrialisation of a landscape of inherent atmospheric vulnerability.”
– Annette Macgown