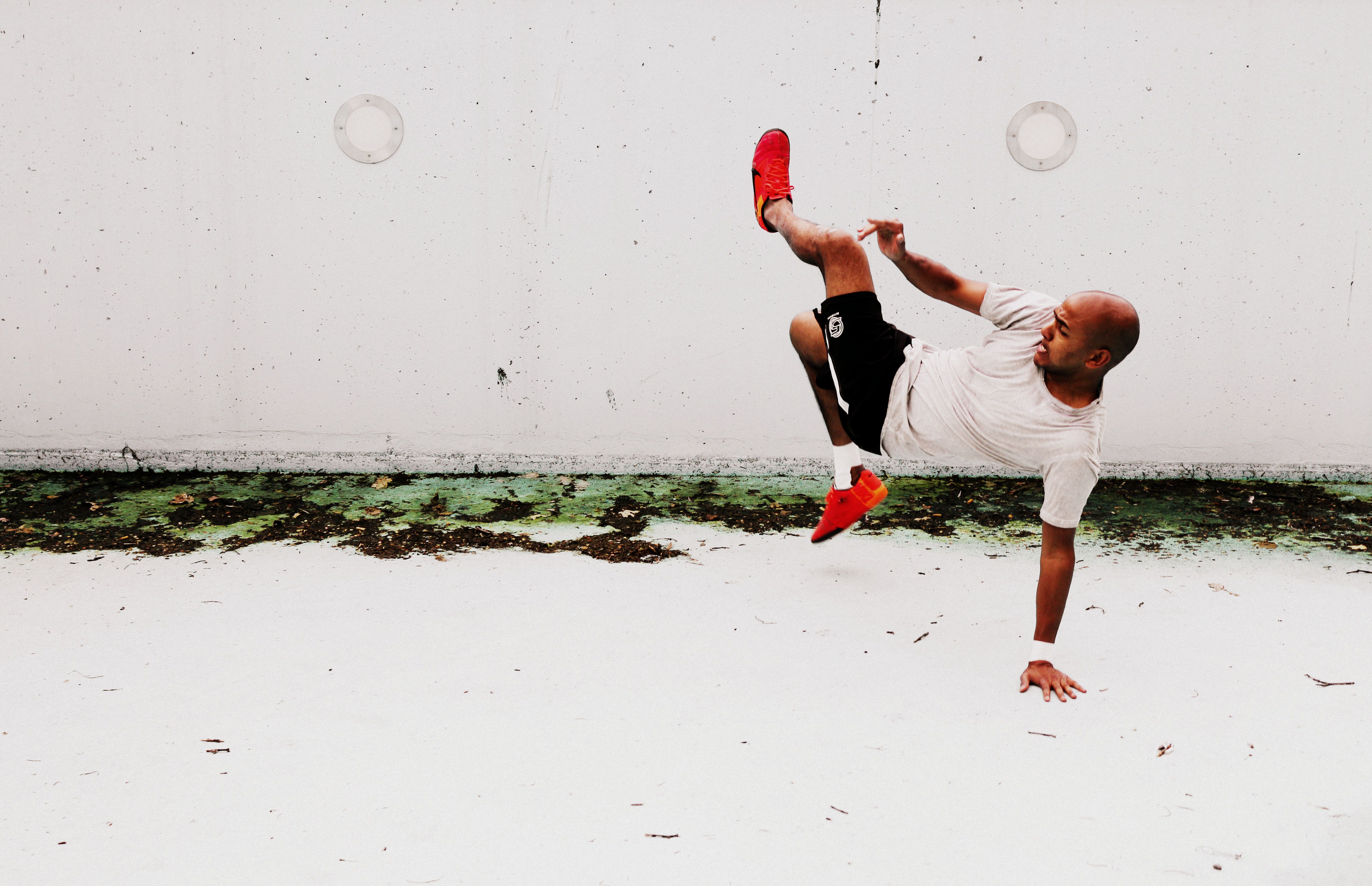 Exploring football (or soccer) as an art form, this physically charged performance has the audience living the surreal, visceral yet poetic experience of a football match.
SDS1 ponders the psyche of the vulnerable warriors on the pitch striving to be loved and hated, worshipped and scorned, and through sheer athletic prowess, creates layers of movement that see the player ‘caught’ in the performance, rather than in control of it.

This is football as theatre, stripped back, extracted, frozen, repeated and abstracted. Beautiful and ugly at once.

“…The physical and emotional content …was tremendous.”
- Crikey Daily Review

“…its movements in the confines of a stage… convey(ed) the drama, passion and personality of the world game.”
– perthculture.com

Ahilan Ratnamohan is a theatre-maker creating physical performance inspired by sport, film, language and unorthodox forms. Since 2007, he has toured and performed in Australia, South Africa, and Europe. Since 2012, Ahil has been based in Antwerp, Belgium, where he has developed his working methodology.

After graduating in 2005 from Film Studies at the University of Technology Sydney, he attempted a professional football (soccer) career in the Netherlands, Sweden and Germany. His experience as a footballer deeply informs the style of work he creates.

In 2013, he performed in choreographer Jochen Roller’s work, Trachtenbummler at Berlin dance festival ‘Tanz im August’. He also premiered his first work as a director in Antwerp, Michael Essien I want to play as you…, a football-dance work addressing the aspirations of the transient African migrant community looking for a way out of poverty through football. Since then the work has toured to Theater Aan Zee Festival (Oostende); EXPLOSIVE! Festival (Bremen), and was part of London’s LIFT Festival in June 2014.

Kristof Persyn is a dramaturg, director and theatre-educator. Following studies at the Theaterschool of Amsterdam, he started creating productions with youth-companies in Curacoa, Croatia and France. Since 2006 he has initiated projects in the Middle East and collaborated with artists in Egypt, Syria and Jordan.

Kristof’s work is characterised by a focus on socially or ecologically urgent issues. He has travelled through Egypt to collect popular folk-tales, resulting in the performance The Nile Song with Shady El Dali. In Jordan with Lana Nasser, he undertook an artistic awareness campaign about the Dead Sea drought. Since the Arab Spring in 2011, he has created projects for AAT-network, an organisation which runs an annual woman-rights festival in Amman, Jordan.

Kristof lives in Brussels where he has recently opened a workshop and studio teaching drama and discourse.

Toured produced by Performing Lines for Mobile States, with the support of the Australian Government through the Australia Council, its arts funding and advisory body.