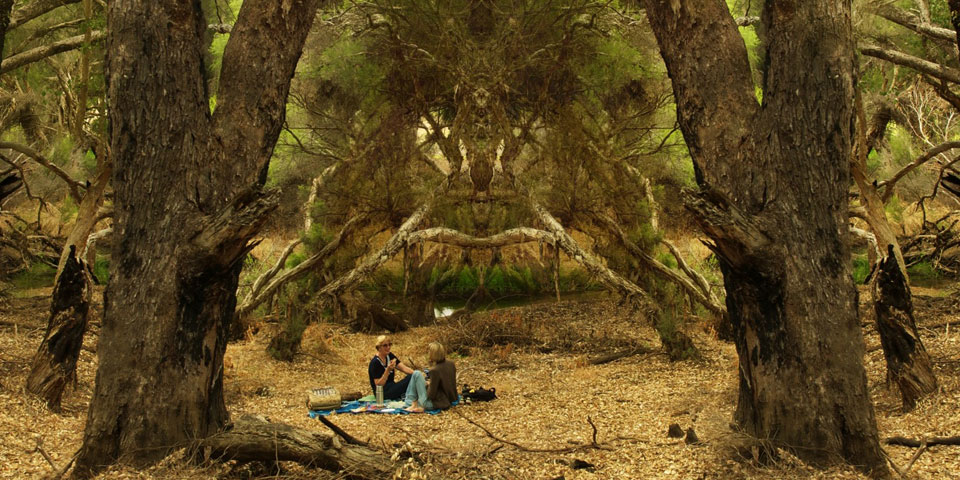 Salamanca Arts Centre has commissioned curator Julie Gough for their 2013 major exhibition, Testing Ground. Julie has curated 14 artists who are literally ‘testing’ new ideas, new forms and new processes of working. A key intention of this exhibition is to destabilise populist expectations about culture, nature and place for both artist and audience.

As part of the Ten Days on the Island program, Testing Ground hosts the work of 14 artists from local, national and diverse international backgrounds. Four of these artists are Tasmanian; Martin Walch, Trudi Brinckman, Darren Cook and Nancy Mauro-Flude.

Darren Cook explores the process of creating a never-ending sculpture through digital-recording of his daily additions behind the screen. Nancy Mauro-Flude has created a 3m healing flag with hand-sewn sequins that create an AR layer, which can be scanned by visitors on their smart-phones to explore the work further online.

International artists include Jeroen Offerman (Netherlands), Ólöf Björnsdóttir (Iceland), Keren Ruki(Aotearoa/NSW) and the subversive YouTube comedy collective the 1491’s from Oklahoma, USA.  Jeroen Offerman(Netherlands/UK) documents a performance of singing Stairway to Heaven backwards – investigating the supposed hidden or evil satanic messages that were believed to be contained within LP recordings made in the 60’s and 70’s. The 1491’s push the boundaries of cultural expectations with such videos as Slapping Medicine Man.

The exhibition is as much about the artists assessing themselves and their work as testing audience response. Exhibited works are of large and intimate scale sculpted objects, installations, photographs, projection and screen-based works, a laboratory of artists’ self-initiated insights into ancestry, personal influences and cultural practices.