An installation and performance
by Domenico de Clario

Perhaps the major project of our lives is the work of locating ourselves – location in space, location in time and the apprehension of that which defines us as singular but simultaneously places us in a flow of places, lives, incidents and objects. Meaning does not come into it for meaning is entirely conditional. At some point in most lives the desire/need for the realisation of our place in this flow becomes compelling. To locate is also to create. To create is to locate.

The place of ritual and the circumscribing (the boundaries required, however, conditional) of activity towards the understanding of where ‘self’ resides is a vital primary mechanism in the life of communities, and in the work of the artist. The apprehension of self engages us all – whether it be through reference to our past – the archive of memory/myth and stories, it is essential, but equally essential is the capacity to imagine a future in which we believe we can be comfortable, one that both suits our temperament and may represent us. Digging and the building are equally important in this process, and art is a specific and self-conscious realisation of this mechanism. Art is the function of the construction of ritual, of placing limits on enquiry. The self is always the ‘Other’. In attempting to understand or apprehend it we must inevitably regard it. This is a distancing and artificial placement of consciousness. For the Buddhist the mechanism to enlightenment, (which effectively means self-realisation), is therefore to subvert ego through meditation as if the self will arise, it cannot be bidden into consciousness. Both impulses are present in Domenico de Clario’s work. Domenico refers to the nature of ‘Self’ in a quotation from Kant’s Critique of Pure Reason: “Consciousness of self according to the determinations of our state in inner perception is merely empirical, and always changing. No fixed or abiding self can present itself in this flux of inner appearances…”1

That the self is therefore in constant flux and is as much a construction of past experience, even predating one’s own existence, current activity, visions of a future, is inevitable. It is never fixed and delimited. For the migrant these issues are overlain by the irresolution of multiple identities, and identity is one of the public traces of where the self might be at least partially located. Domenico was born in Trieste, Italy in 1947, having been conceived in the attic of an apartment building on the night of the full moon. He migrated with his family to Australia when he was nine. In the notes to his exhibition A Second Simplicity, he asks: “Have the four of us ever disembarked from the boat we boarded in 1956”.2 We all (Non Indigenous Australians), occupy to some extent the unresolved space between wherewe are and where our families came from, but the migrant lives constantly within this space, the pendulum swinging from one culture to the other, the two never able to coalesce. Since the construction of self requires initially the hard specificities of identity, of naming, the differences are attenuated. The boy of nine years old has assimilated his culture fully; this is his ‘normal’. The placement in another culture immediately places his experience, his life in fact, in the category of abnormal, and brings differences into sharp either/or focus. He is now the ‘other’ twice over.

Art makes it possible to continue on the journey of such realisation by the re-placement of one’s history. This is not in an artificial reconstruction of objects and spaces, but in the building of the memory structures, the essential referents or even the re-placement of familiar things, some of which like his tricycle rediscovered on a trip back to the apartment in Trieste, are the actual things which are part of this life. (Ironically the tricycle also had to be re-placed in his memory for he had forgotten its existence).

The two major strands of Domenico’s practice over many years have been installations and performances, usually together. The installations have often been collections of objects which have formed part of the process of his work over time and their placement is often in an apparently haphazard way, as one might see a pile of clothes, abject and compelling through the stories they contain, including how and why they got to where they now reside. (Clothing is also of course the closest conjunction of the memory and the body, the ‘’memory body’’ so vital to the conceptualunderpinning of Domenico’s practice). The same body trace adheres to those things utilised, objects, tools – the things touched, left with the physical proximity of that body. The gathering, selection and placement of these things are revelatory and part of the recognition that art making is the means by which the artist reveals his destiny. They are the essential elements of his archive. He quotes from Kafka, “All true art is a document, a statement of the evidence’’.3 This is the evidence. If not for it how would we know we had been here at all, that we are real? The evidence of the work is reflexively also the work. The evidence allows us to reflect on how we reach a point. The periodic ritual burials of these objects, (averaging one every six years or so since 1975), is both a means of placing them out of reach, a clearing of the slate if you will, and a recognition of significance – a dichotomous balance between oblivion and the memorial. The objects in this installation will also later be buried. (The fact that some of these burials are within the foundations of buildings is not without significance).

The performances, (durational piano playing and singing), occur on the full moon between dusk anddawn. The artist is blindfolded and sings the songs he has always sung through the collection’s gathering. This integral component of the installation is best explained in Domenico’s own words “Singing then, as an expression of seeing and being; not of doing. “Each of us searches for the signposts, for the instant when blindness might become sightedness”.4

*tonglen: a Tibetan Buddhist term describing the meditative process of breathing in distress, both ours and that of others, and then breathing out ease. For fuller  description please see:www.shambhala.org/teachers/pema/tonglen1.php 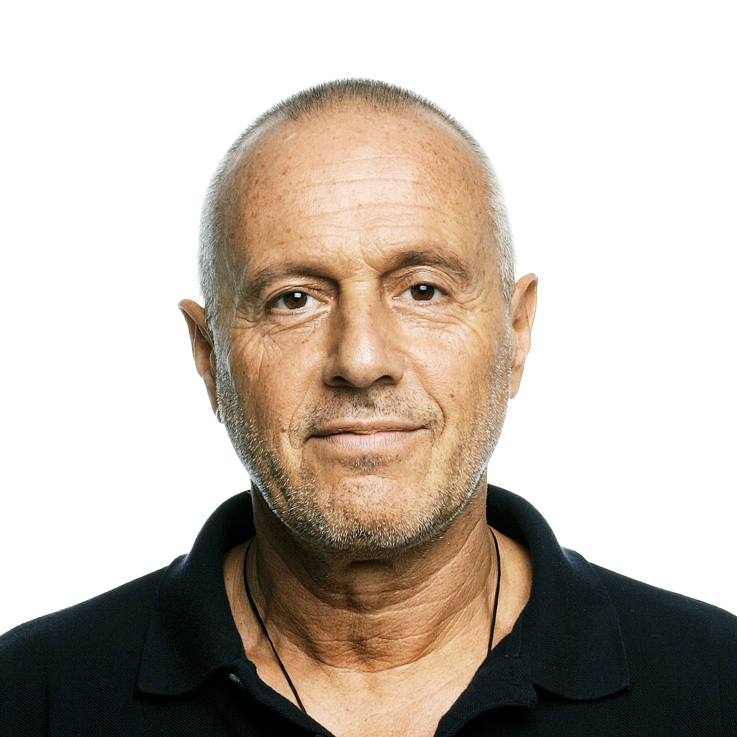 Domenico de Clario is an interdisciplinary artist, academic, writer and musician. He was born in Trieste, Italy, in 1947 and migrated to Australia with his family in 1956. He studied Architecture at the University of Melbourne and at Milan’s Brera Academy and at the Accademia di Belle Arti in Urbino. From 1973 until 1996 he taught in the Art School of Melbourne’s RMIT and served as Head of School at Perth’s Edith Cowan
University and Melbourne’s Monash University. From December 2008 until December 2011 he was Director of Adelaide’s Australian Experimental Art Foundation. Since 1966 de Clario has presented more than 250 solo and group exhibitions and performances and has published a number of books and CDs. He has been the recipient of numerous international/national residencies and grants, including the Australia Council Fellowship. His work is represented in major public and private collections both in Australia and worldwide.

Kelly’s Garden Curated Projects is an initiative of the Salamanca Arts Centre and made possible through the generosity of Aspect Design and fundraising from SAC’s supporters at Quiz Night. This project was assisted through Arts Tasmania by the Minister for the Arts. The artist would like to thank Paul Zika, Sean Kelly, Fiona Fraser and Indra Ramirez Jonas for providing the title. Oh so young oh so wise.

For you, for all intensive purposes on the occasion of my passing.