An installation by Selena de Carvahlo

“How do we create a response to the environment which is not didactic or simply descriptive but is essentially responsive – equivalent somehow, and sympathetic?

Selena de Carvalho’s work is intensely personal yet it reaches out and back to times and places quite distant from our contemporary, predominantly urban existence. It is generated by the desire to seek out a language and a form with which to express the ineffable, the sublime, and the elemental.

Our ancestors found means, through a pantheistic world view and animist-based creations and formulations, to create a more direct and ‘connected’ response to the natural world than we practice today. While their motivations were in some sense guided by a need to gain a connection with the natural forces beyond their direct control, they sought a linking with its power. This relationship was more about cooperation and the capacity to co-exist with these forces, to link with the spirit of a place, it’s animals, trees, everything which holistically formed the world of which they were a part, and within which they acted. The concept that to be able to successfully capture the ‘spirit’ of (say) an animal through being able to recreate its image is common among our ancestors and even more recently involving the use of photography in first contacts with indigenous people reveal that this belief is widespread. The concept of ‘control’ over nature is quite recent, historically arising from Judeo-Christian beliefs, promulgating the idea that humans are ‘apart from’ and somehow ‘above’ nature. In an ecological sense this is when the deep disjuncture between humans and nature really begins and Nature as ‘the Other’ is formed. The real psychological schism begins. The resulting damage has been both to nature and to us who are, after all just a part of nature.

Selena’s work is not ‘ecological art’ as we now utilise that term, despite the fact of its deep connection to the natural world, it does not seek to directly engage with eco theory or activism. It is more personal, more direct and deep. Nor does it delve into current fascinations with the ‘spiritual’ or new age such as with Druidism or nature worship cults. I would suggest that it is closer in some ways to a kind of Shamanistic or mystical engagement. It is formulated in a desire to engage with and find expression for the process of ritual response and the creation of wonder, a simulacrum for the wonder experienced in confrontation with the character, power and peculiarity of place and the desire to find the means to connect with that and to do this in a way which transcends the word or the simple re-presentation of it. Notwithstanding, the interest is not in place itself but the forces of nature expressed there.

We have lost our rituals, mystical means to make and express connection and to reaffirm our relationship with nature. Selena’s work, often in a quite theatrical way, resembles the development of rituals. In order to make those connections we have to in some way remove ourselves from our proscribed lives and our conscious rational thought patterns and reach for a more instinctive and personal mode to engage and express this ineffable experience.

A photograph or a painting of an extraordinary place in time cannot be sublime, or transporting, as the direct effect of the place can be. Some form of equivalent transcendent response is the only meaningful way to communicate the states of awe, wonder and passion engendered. It is about the experience and what that can elicit, not the image or description. And so the personal outcome in art must also contain these elements, wonder, strangeness, extension and the artist finds mechanisms for this to occur. Is this a kind of magic? In some ways, yes because it manifests in the iconography of trees, beasts, hybrids and mythical constructions, but more so because the sublime state defies explication, as the work too must remain as magical as its source.

Selena describes the installation’s aim as, … “to activate the Garden with a whimsical and moody body of work. Recently I was in the desert and made a moving image series where I ‘chased a storm’, placing my body in the elements as a position from which to interact with the environment. I filmed myself being ‘weathered’ as the wind impacted my hair, clothing and plant-life in both an insular and extroverted pose. The work reflects on the complicated human relationship to the environment as well as duplicitous feminine identity”.

This statement reminds us of JMW Turner tied to the mast of a ship during a storm at sea, reaching a mental state which Thomas Weiskel claims defines the sublime experience as “the suspension of all known relations” in which the psyche is transported for a time to a condition of entire removal from all conscious considerations by the sheer awe engendered by the force of the experience, however temporary. Turner tried to express that in paint, Selena has the benefit of the more immersive medium of film, a medium with the power to recreate or create the sublime experience, not merely describe the appearance or remnant memory of it at a remove.

In Ireland I discovered places where the farmers still protect special places on their lands that for millennia have been considered the haunts of faeries – powerful places with the potential for great good and great destruction, and at the centre is always an ancient tree. The feminine aspect too is an appropriate one for were not many of the early belief systems, including the Celtic Matriachal linking Earth to Woman?

The accompanying installation pulls us back to the earth through the agency of the tree and antlers, resembling an ancient ritual construction, tying the whole back to the elemental, to the land itself, to the animals resulting in the construction of sympathetic expressions derived directly from the source.” 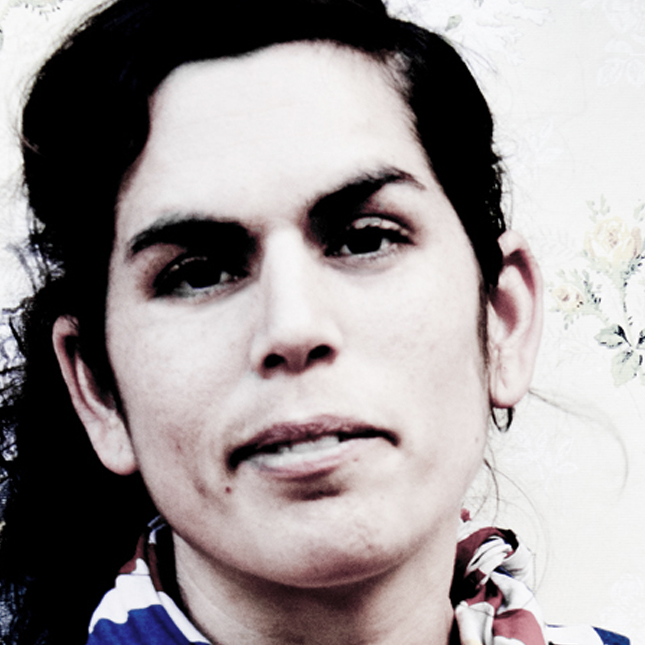 Selena de Carvalho is an emerging crossdisciplinary artist and designer. Her practice responds to notions of personal ecology and human interaction with the environment, exploring a paradox inherent in our contemporary relationship with the natural world; how we yearn for the untamed and yet so often seek to control it. Technology and creativity are used as a means to raise questions as opposed to providing answers. Selena is the recipient of state and national funding for individual and collaborative projects and has participated in residencies in Beijing (China) and Tarraleah (Australia). In 2013 she was the recipient of the arts Tasmania Dombrovskis award, completed an internship with Magnificent Revolution and participated in SITUaTe art in Festivals arts lab. For 2014 she has been supported by HyPe to develop The evolutionary Strait Jacket, recently finished an AIR residency at Claremont College, and is Co-Chair of Constance ARI.