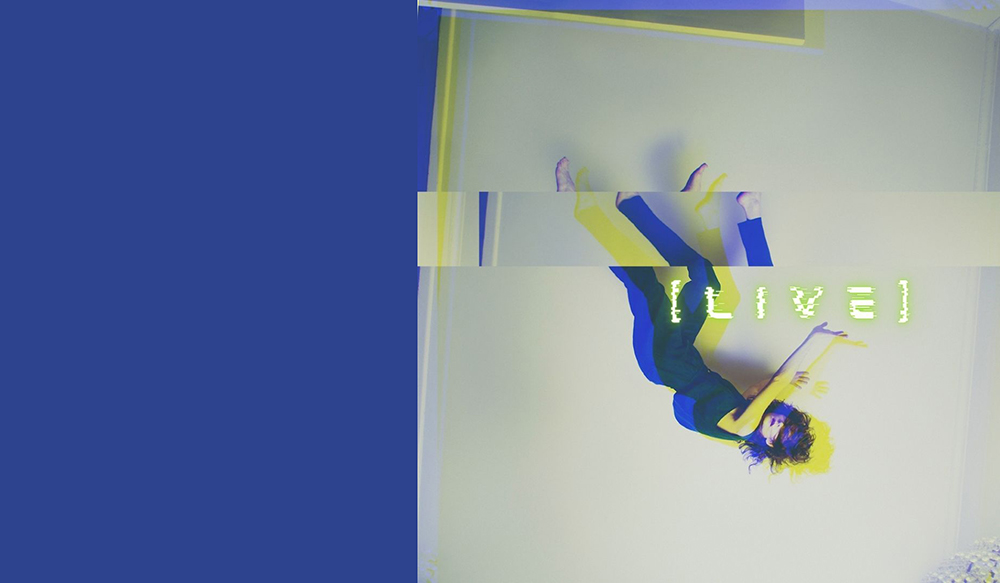 Music, art, costume, VR and film are the tools PARKER uses to implore us to travel through the hallways of her mind in Body of Work. From breaking up to dreaming big her work propels us on a journey that’s a poetic evaluation of liminality. In the waiting rooms of life, potentiality implores us to take a chance, to lament, to wander and to wonder– PARKER is our guide.

Using sound and vision to sculpt and disrupt space, each exhibition in the series reacts explicitly to the architecture in which it is held– no two visits are the same. Each show is incomplete without you, the audience, to participate in this Body of Work. 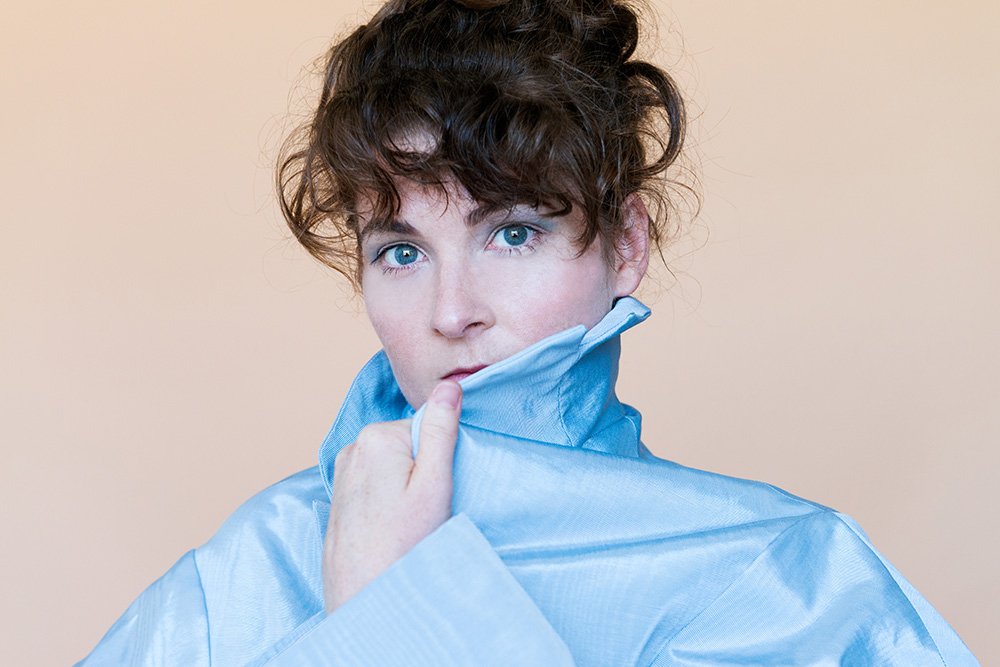 Tash Parker (PARKER)  is a multidisciplinary artist and musician born in Western Australia and raised on a tropical fruit farm in the North East Kimberley, now based in Launceston Tasmania.  Her music is a powerhouse of retro-futurist electronica that soars with glossy synths and commanding vocals.

Her artistic practice is centred around reactionary works in collaboration with musicians, visual artists and technology artists to curate multi-sensory experiences:

“I write about what is real and happening whether that be about my own relationships and experience in my body or an imagined reality of a space travelling future ancestor.” –PARKER

Briony Law
Briony Law is a visual artist currently based in Brisbane, Australia who works primarily with sculpture, moving image and installation. Her practice explores aspects of human ecology, urbanisation and the complex systems of mediation at play in parks, reserves and conservation areas. Her work observes social practices in these places and notions of nature connectedness
www.brionylaw.com

Gina Thorstensen
Gina Thorstensen is an artist, illustrator, animator based in Oslo, Norway. She holds a masters in VR filmmaking and has worked on award winning animated films and music videos (Gotye – Giving Me A Chance).  Gina has exhibited in Barcelona, Berlin & Copenhagen and has a strong practice in collaboration with fashion designers, musicians, artists and filmmakers.
www.ginathorstensen.com

Jacob Collings
Jacob is a Nipaluna based filmmaker who is driven by conveying the internal feelings of life and telling the stories of those around him. He has engaged in projects with National Geographic, ABC, Channel 7 and STAN, He got his start as a freelancer, working on music and Arts projects across Australia

Ursula Woods
Ursula Woods is a filmmaker based in southern Tasmania. She is a current member of the Australian Directors Guild (ADG), Women in Film and Television (WIFT) and Wide Angle Tasmania. Ursula is best known for her short film Clockumentary, which was selected and shown at a variety of festivals including the Melbourne Documentary Film Festival 2020 and Far South Film Festival 2021.

Emma Anglesey
Emma’s songs have been playlisted by Double J and ABC Radio and used by Triple J to advertise Unearthed. Emma has performed at Woodford Folk Festival, A festival called Panama, Falls Festival, Party in the Paddock, Dark Mofo and Mona Foma, and toured with Guy Pearce, The Waifs and JUNO award winning Canadian band The East Pointers. In 2018 she showcased at Australia’s SXSW BIGSOUND.

Emi Doi
Emi Doi is a 23-year-old keyboardist, vocalist and songwriter, currently creating and working in her hometown of nipaluna, Hobart. A local music enthusiast and current member of local indie-pop four-piece ‘ACRES’, she has performed across a range of venues and festivals throughout Tasmania, including the Falls Festival and Party in the Paddock, supporting the likes of the Rubens and the Creases. She has recently jumped on board as a keyboardist for Hobart-based artist CELESTE and Launceston-based artist PARKER.

Behind the scenes
Creative support and development for exhibitions and performances

Michelle Boyde – Costume Design
Michelle is a freelance Tasmanian designer working across costume, fashion, stage and film.   Her work has been commissioned by numerous high profile cultural organisations including Chunky Move Dance Co., Melbourne Fashion Week, Mona, Dark Mofo and Design Tasmania and her designs have graced the backs of a plethora of independent artists locally and abroad.
www.boyde.com.au

Allison Bell
Award winning Soprano Allison Bell is one of the leading and most exciting performers of 20th and 21st century music of her generation. Allison is also a celebrated voice teacher and peak performance coach, teaching both privately and within young artist programs and universities. Allison is a mentor and coach to the next generation of singing stars – from professional opera and classical singers to cross-over performers such as Kate Miller-Heidke, Allison’s students are leaders in their genres, internationally.
www. allisonbellsoprano.com

James Rigall – VR specialist
James is a Tasmanian entrepreneur who found his start as a teacher at the Human Interface Technology Laboratory (HITLab) in Launceston, Tasmania. During his time at the HITLab, James taught courses in virtual reality, augmented reality, entrepreneurship and video game design.
www.jamesriggall.com