“Derek Hart‘s Carpet is the fifth installation in the Kelly’s Garden Curated Projects series, and the first for 2010. It is the first of these projects to use only the ground plane of the space as the installation area. Utilising nothing more than 3 tonnes of small white stones brought into the space, Hart transforms the ‘floor’ of Kelly’s Garden into an arrangement of three layered surfaces – comprising the ‘Tassie Gold’ limestone which normally covers the space, an intrusion of white limestone and the dark earth beneath the existing stones.

What is particularly compelling about this work is the illusion that the ‘normal’ surface or ‘carpet’ of stones has been partially rolled back, as if breaking away from the edges of the walls and folding back on itself, as a lifted carpet folds back to reveal its own underside as well as the ground or ‘floor’ beneath. The carefully placed intervention also has the effect of engaging or implicating the whole space, merely through the artist’s actions at a key point.

The term ‘illusion’ must be considered judiciously, for in this instance there is no ‘trick’ or deception involved. The sculptural surface exists as a set of three colours and two textures arranged on the partially raised ground plane. In one sense it is merely an abstraction, a minimal set of simple angular relationships, as viewed from above, in plan. Yet the arrangement insists that perhaps it really is, or may be, operating as a carpet would, although we know of course that this cannot be the case.

The elegant simplicity of this construction and the absolute lack of ‘devices’ allows the work to hover between what it actually is (a series of shapes defined by colour and texture), and the possibility of it being something else, however improbable. Thus there is a doubling, both a ‘doubling back’ and a doubling of the interpretive possibilities.

Previous installations by Hart have often relied to a significant extent on the quietly insistent reference to something else, such as Fleet, an installation of enamelled wash basins situated in Watermans Dock in Hobart in 2005, andAwash which was an installation of paired, rounded wash basins placed on an inter tidal zone in the D’Entrecasteaux Channel south of Hobart in 2006. In these works the basins constantly respond to the presence or absence of water – water is in it / it is in water – and the installation is variously exposed and concealed depending on the tide. Blind and Naked Horde of 2008, a close packing of almost identical dark forms, reminiscent of beetles or mole rats, was a strangely ambiguous work whose ‘objet trouvé’ provenance was as metal mechanical digger teeth, worn and smoothed by years of use. These works explore ‘correspondences’ and also sit in a zone of irresolution, of inference and of liminality. The relationship with Surrealism is significant but never at the banal level of an object ‘purporting’ to be something else.

In all such cases the intervention is minimal. The elements are never embellished or modified in any way. The creation of alternate readings is achieved purely through placement and juxtaposition so that they constantly live a double life. There is no illusion really, but there is suggestion. There is always a ‘truth to materials’ principle in Hart’s installations, a sense of directness and honesty which is incontestable. This is art without artifice. This shifting back and forth from actual to suggested, from abstract to implied figuration is the dynamic heart of Carpet. It is something which sits at the core of Hart’s practice always, whether it be manifest in his early video works which use filmic ‘objets trouvés’ to create repetition and mirroring in subtle, almost imperceptible ways. In these and later video work the action also ‘folds’ back on itself seamlessly.

The vital key to Hart’s installation and video work is always the ‘push and pull’, (physical and conceptual), the refusal of the formal elements to sit down and remain still. Always it’s about process and always it is conceived formally and succeeds firstly at that level, only then does the play begin, the humour emerge and the dynamics begin to oscillate.

Finally one comes back to time. Time is arguably the most critical element in all of Hart’s work, and one of the most subtle. His works employ activity in real time, which when rendered as video enter another framing of time, then / now. Time appears to move forward, is filmically reversed and moves backward but critically is still able to be read as another forward. This method effectively ‘annihilates’ time in these works – time becomes looped. Like the passage of time in the physical installations time (and tide) are also repeating a process diurnally, a dynamic process locked into the cycle of days.

Carpetintroduces another consideration of time. The ‘revealing’ of the ground beneath the stones strongly implies archaeology. The site is of course heritage listed and therefore any intervention must consider this aspect, there is no escaping it and part of the pleasure of this work is how it plays to the excitement of revealing of the past, the secret, and allowing it to propose the possibility of discovery and the bringing of the once hidden to the light, to present time.”

OFFICIAL OPENING:
Thursday 13 May 2010 @ 5:30pm
Exhibition to be opened by curator Seán Kelly 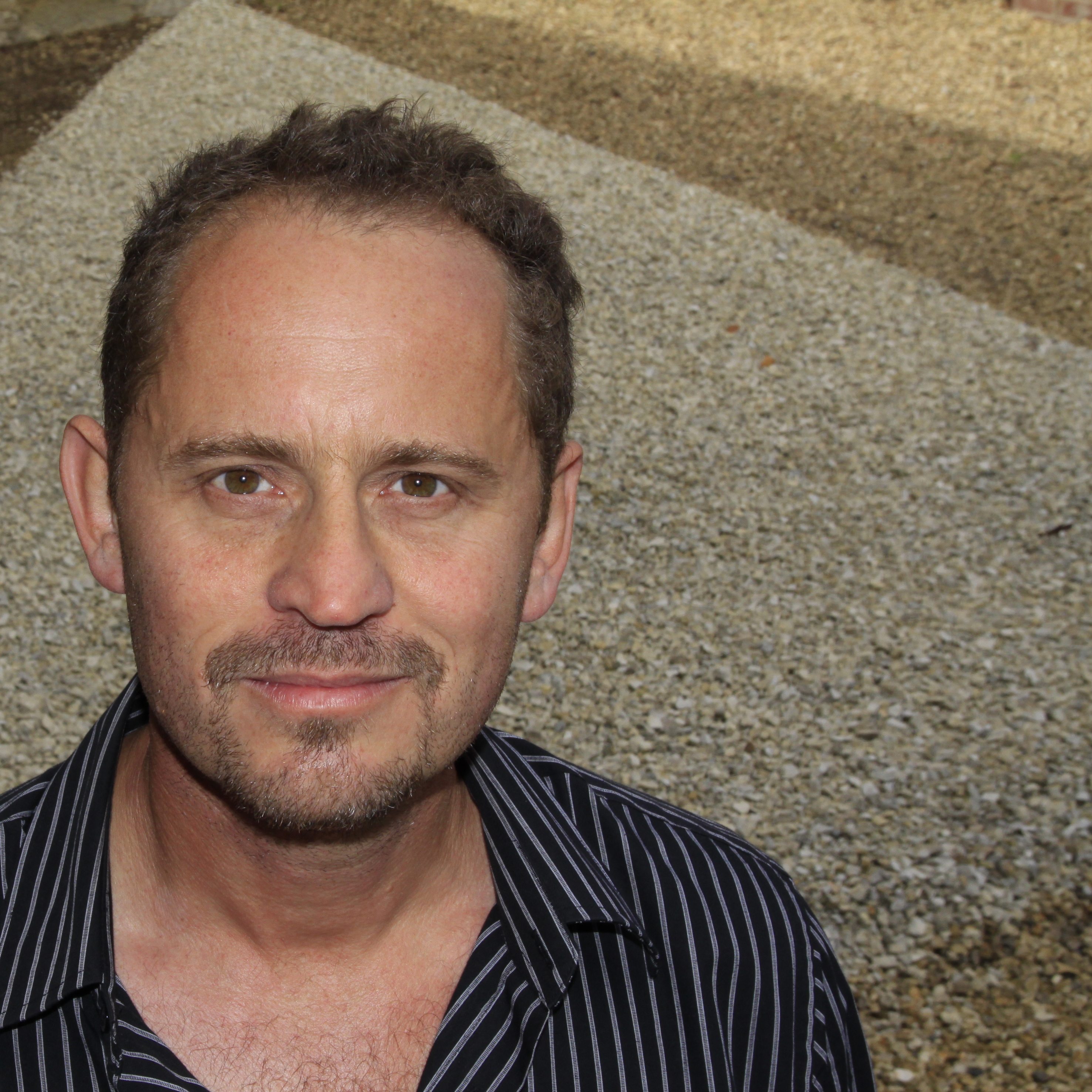 Derek Hart’s art practice explores installation and moving image. He holds a first-class BA (Hons) in Mixed Media Art from the University of Westminster (1998) and a MA in Fine Art from the Chelsea College of Art and Design (2000). He is currently undertaking an Australia Council for the Arts residency histed by Hydro Tasmania. Previously, Derek worked with N-Imagem research group at the Federal University of Rio de Janeiro (2000 – 2002). Since relocating from the UK to Australia in 2004 he has participated in exhibitions locally and nationally, receiving funding for site-specific works and the development of curatorial projects, and undertaken casual teaching at the School of Art, UTAS. Recent solo exhibitions include Films Stills at the Long Gallery (SAC) and Fro and To at The Design Centre in Launceston. An article on his work was published in Dec-Jan 2009 of RealTime.

Kelly’s Garden Curated Projects is an initiative of The Salamanca Arts Centre and made possible through the generosity of Aspect Design and fundraising from SAC’s Supporters at the SAC Quiz Night. This Project was assisted through Arts Tasmania by the Minister for Tourism and the Arts. Thanks to Lesleyvale Landscape and Gravel Supplies for their sponsorship.