The Bureau of Meteorology described the winter of 2019 as one of the wildest on record. Throughout mid-winter, cinematographer Joe Shemesh, made the mountain his base – documenting the rugged beauty of this Gondwanan massif, as it withstood the relentless onslaught of southwest gales, emanating from Antarctica.

Having worked throughout Tasmania’s wilderness areas for more than two decades, Joe was no stranger to the hardships experienced by anyone foolhardy enough to purposely immerse themselves within these challenging conditions.

Considering the effort and the danger factor, my time on the mountain yielded a relatively small selection of, what I consider to be dramatic imagery. The positive takeout however, was the knowledge that for much of the time, I was the only person on that mountain–allowing infinite moments of spiritual communion with a manifestly higher energy. My vulnerability to the intense conditions raging all around me–achingly humbling.

A film by Joe Shemesh with music by Dean Stevenson.

Running time: 11 minutes.
The film is looped is every 15 minutes 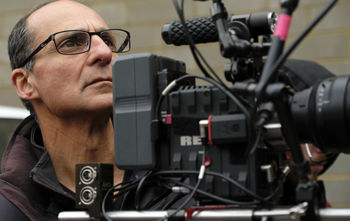 Over the past two decades, Joe has photographed, filmed and produced wide-ranging projects for Federal and State Governments, as well as the private sector. A multiple Australian Cinematographers Society Gold Award winner, he continues to provide national and international broadcasters with a diverse range of high quality imagery. A full member of the ACS, Joe specialises in nature and aerial cinematography. 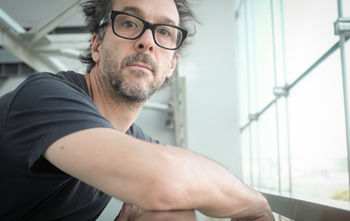 Dean Stevenson is a musician and composer residing in Hobart for 20 years. A graduate from UTAS with a Masters of Music, Dean has received a Winston Churchill Fellowship 2018 for a composition research project across 8 countries.

Dean has performed and recorded in ensembles across Australia and is the founder of the Arco Set Project Orchestra. He has released several solo projects (In Time, Arco Set, The London Suite, WHYKINGS), and produced new music for Sting in collaboration with MONA (On With The Show).

He has composed works for film (Sixteen Legs, featuring a collaboration with Kate Miller-Heidke), and theatre (You and Me and the Space Between). Live projects involve many festivals including Mona Foma, Dark Mofo (Tim Passes, a full symphonic song cycle), Ten Days on the Island, Melbourne Sydney Darwin and Brisbane festivals.

He also performs in Tasmania with the popular band Les Coqs Incroyables and has recorded and performed with Strings and soloists from the Tasmanian Symphony Orchestra.

In 2016, Dean was commissioned by the Governor of Tasmania to write a new work to celebrate Her Majesty the Queens 90th birthday.