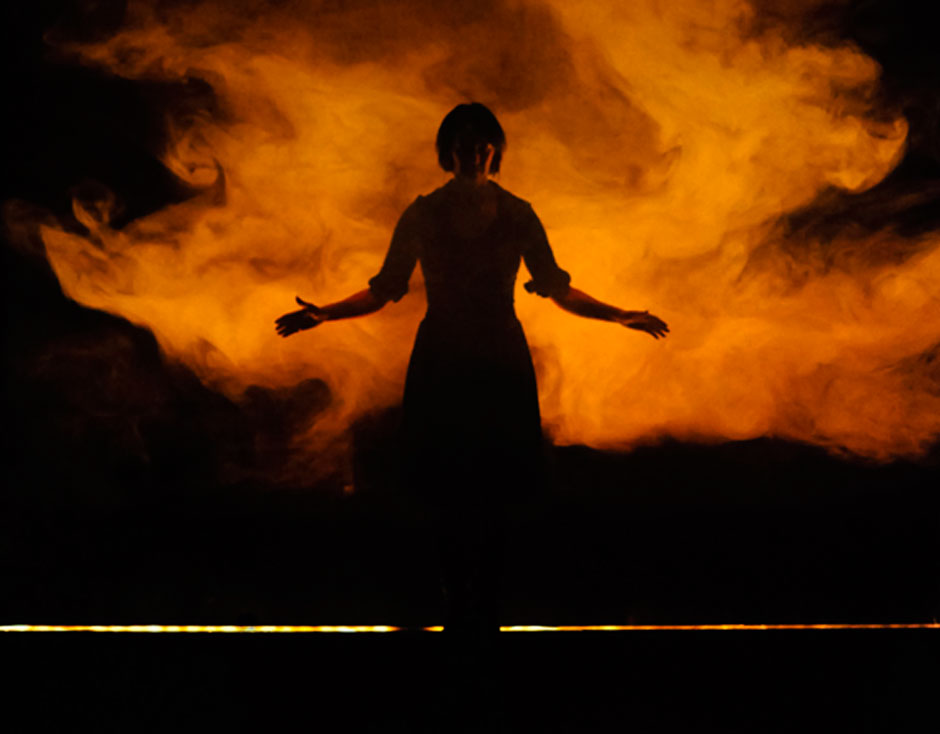 “One of the most extraordinarily involving and rewarding theatrical experiences.
Unforgetable.
Go.”
– Stage Whispers

Pin Drop draws on a series of interviews with people aged six to 92. Live voice mingles with the disembodied sounds of pre-recorded conversations; household objects are transformed into potential threats, and the most familiar of spaces become strange, as the mind plots the shortest route to a safe place to hide.

“Pin Drop makes the hairs on the back of your neck stand up and might leave you scared of the dark.”
– Aussie Theatre