Protem explores experimental and avant-garde sound, movement and art in temporary space. In a pentamerous series of curated events, Protem will bring innovative and luminary artists to the attention of an intrepid audience, creating and sharing a transformative experience through music, poetry, dance and art. Arguably ambitious, Protem is for an audience with open ears and minds, and probably long attention spans. If you’ve made it this far into reading this blurb, I’d say Protem is definitely for you. For a tacitly tectonic evening, join us as we come together to celebrate the effervescent community of musicians, performers and artists that call lutruwita / Tasmania home. Don’t forget to bring your good concentration hat. 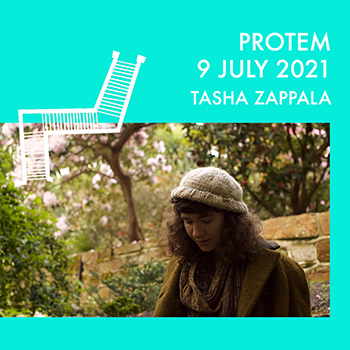 Tasha Zappala
The tremolo-steeped folk of singer-songwriter Tasha Zappala winds through a heavy fog of ill-luck and reverie.  Rambles of street corner solstices, mystic palms and bad dreams carry the listener into a hushed eve where the moon is full and the crooning is sweet.

Zappala’s wandering melodies have floated through attics and trains, caravans and stages across Australia, Europe and the UK.  The textured sound of her post-folk blues is layered with looping vocal harmonies, meandering guitar melodies, field recordings and percussion. When not serenading Zappala spends her time in the woods of Tasmania, making billycans of beans, drinking tea and capturing field recordings.  Her latest album, released in 2020, features a spectrum of native soundscapes, conversation and roadside-penned serenades. 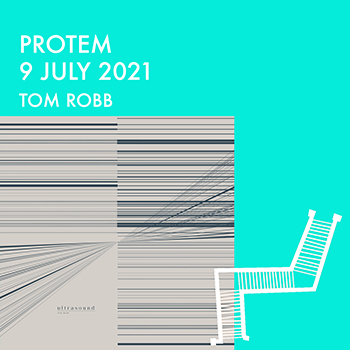 Tom Robb
Tom Robb is a Hobart-based electronic musician and drummer, working in the fields of improvised experimental music and jazz. He has been fortunate to work with some of Australia’s finest musicians, including Jim Denley, Damien Kingston, and Cor Fuhler. 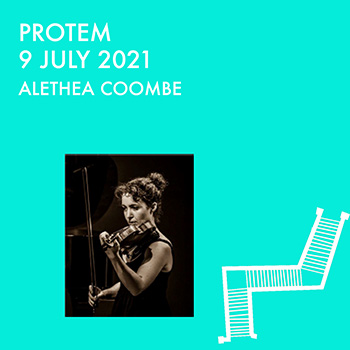 Alethea Coombe
A diverse musician, Alethea plays casually with the Tasmanian Symphony Orchestra, the Van Diemen’s Band, has programmed multiple concerts at the Moonah Arts Centre (Hobart), and has featured as soloist with the Melbourne Metropolitan Sinfonietta premiering Michael Mathieson-Sandars’ violin concerto, Jongleur Histories, which was written for her. She collaborates with a number of sound artists and visual artists, exploring technology and improvisation. Their collaborative work has been featured at a number of Hobarts galleries and museums. She has been the recipient of a number of federal and state grants for development and residencies in Australia and abroad. Alethea has performed with internationally acclaimed ensembles ELISION, eighth blackbird and Ensemble Interface, and has performed at soundSCAPE (Italy), Kuhmo Chamber Music Festival (Finland), the International Summer Course for New Music at Darmstadt (Germany) the Australian Festival of Chamber Music (Townsville), The Unconformity (Queenstown), Dark Mofo (Hobart) and MONA FOMA (Hobart and Launceston). 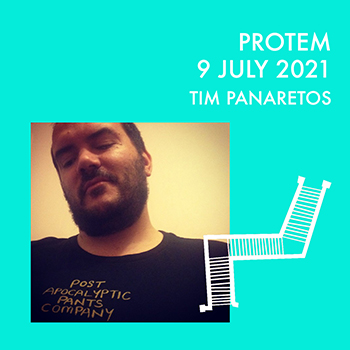 Tim Panaretos
Tim improvises with an electric bouzouki, 6 strings not 8 – that’s important. The ghost of the Greek blues imbibing on acid folk and outsider noise. In a collision with Tom Robb’s free-form drumming, who knows…

Damien Kingston
Damien Kingston is a guitarist and composer from Hobart working in jazz, new music and free improvisation areas. Damien has toured internationally and to date released five albums as a bandleader, the most recent ‘Wells’ being released on ABC music. 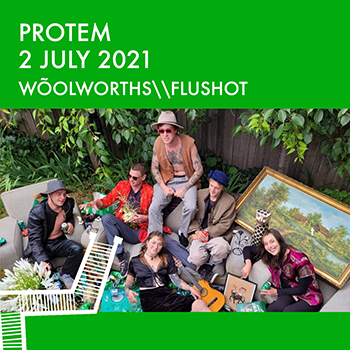 WÕOLWORTHS\\FLUSHOT
A young and furtive exploration into the cathartic throws of intimate self examination, processed through the effervescent glowing lens of drastic self deception. Wõolworths\\Flushot is an indie Thrash rap collective based in Hobart. 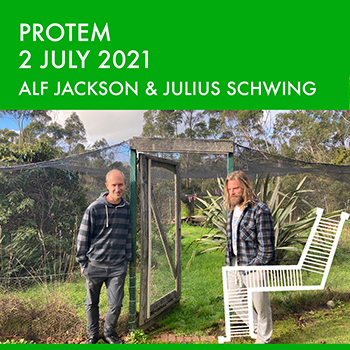 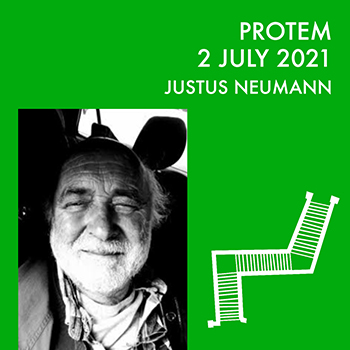 JUSTUS NEUMANN
Justus Neumann reads from Karl Kraus’s monster drama The Last Days of Mankind. Written during World War 1, Kraus’s satirical drama is a portrayal of the monstrosity of war and aggression which evolves prophetically into an apocalyptic warning of an impending world engulfing disaster. Kraus’s satirical vision is as fresh and as relevant today as it was 100 years ago. 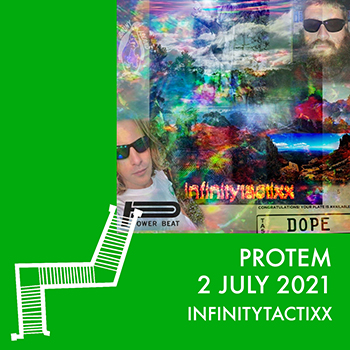 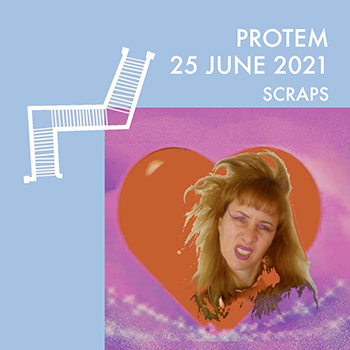 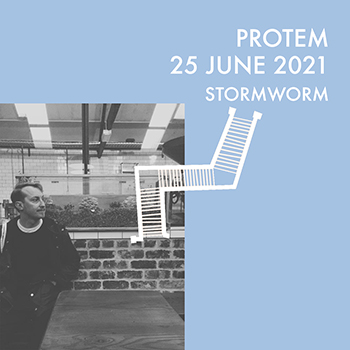 With Stormworm as mediator, Friday will see an improvised musical dialogue between plant and machine.

Interfacing with the electronic pulses generated from the biorhythms of living plants, and feeding the interpreted pitches into electronic music equipment. Building fluctuating ambient and rhythmic soundscapes formed from both synthesis and nature. 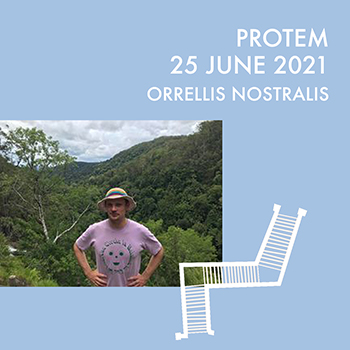 ORRELLIS NOSTRALIS
From a deep water-port far to the west, Orrellis Nostralis has split across the skies to lutruwita in search of the right groove. They have cemented themselves as a pillar of nipaluna’s dance music scene, both as host of ‘Spin Class’ on Edge Radio, as well as from behind the decks at The Grand Poobah and Vibrance Festival. Their slick blends of jazz, funk and soul-affirming disco makes Orrellis Nostralis a must-see attraction. 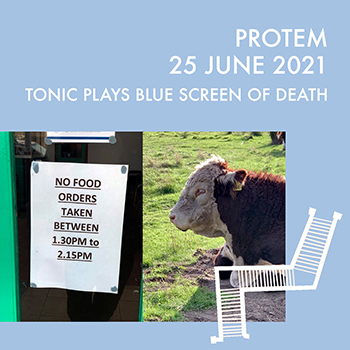 TONIC PLAYS BLUE SCREEN OF DEATH
Cello and synths having a conversation about biscuits, eggs, proletarianism and our top ten favourite imperialist empires. 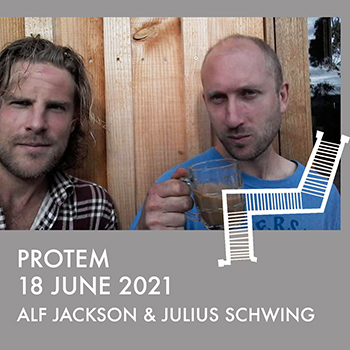 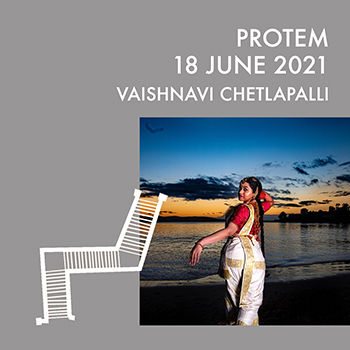 VAISHNAVI CHETLAPALLI
Vaishnavi Chetlapalli started learning dance from the age of 3 from her mother who is a Kuchipudi dancer herself and is currently learning dance from Dr. Sita Prasad madam from India. She conducts Kuchipudi dance classes and workshops in and around Hobart, including workshops in association with Salamanca Arts Centre. Vaishnavi also recently graduated with a Masters in Pharmaceutical Science from UTAS. 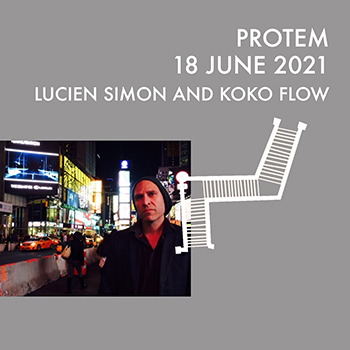 LUCIEN SIMON & KOKO FLOW
Lucien Simon, the enigmatic front man of seminal 90s Tasmanian band DUST is back. Dust was a bands “band” and because so many bands on the mainland loved Dust they were able to tour regularly. Dust played with legendary acts such as Roland S Howard and these Immortal Souls, Wild Pumpkins at Midnight and Lunacide; Indie darlings Augie March, Melbourne sweethearts The Dead Salesmen, Droplet and Paradise Motels and JJJ darlings Sidewinder, Drop City and the Daisy Grinders… Oh, and not to mention the then massive Tea Party.  At their heyday Dust was headlining packed crowds in Sydney and Melbourne attracting A&R reps from Major Labels who had been taken to the gig by members of bands signed to these majors who were convinced that Dust were destined for great things.

A lone scratching of their EP ‘Detroit Fucking Blues’ can be downloaded here:

However no definitive recording exists of this near mythological beast and this, after all these years, is Lucien’s mission, to create a recording that captures the heart-breaking beauty and the self-destructive implosion that was, is and always will be DUST.

This Friday Lucien will be joined by fellow provocateur Koko Flow on vocals, percussion and harmonium  and long time collaborator Cameron Healy on bass. 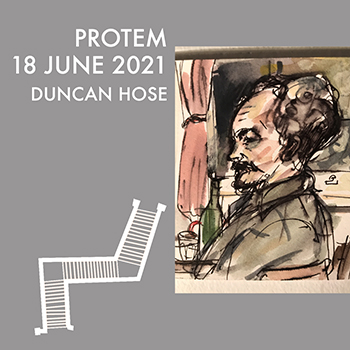 DUNCAN HOSE
Duncan Bruce Hose is a poet, painter and scholar. His published books include Testacles Gone Walkabout (Slow Loris 2021), The Jewelled Shillelagh (Puncher and Wattman 2019), Bunratty (Puncher 2015), A Book of Sea-Shanty (Bulky News Press 2014), One Under Bacchus (Inken Publisch 2011) and Rathaus (Inken 2007). He is finalising a critical treatise called Prick’d by Charm: The Pursuit of Myth in Frank O’Hara, Ted Berrigan and John Forbes. 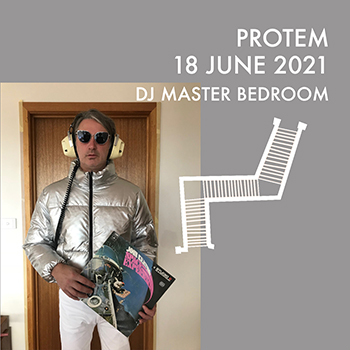 Protem wishes to acknowledge that the events will take place on the unceded lands of the Muwinina people.

In recognition and reflection of the deep history and culture of this island, we also wish to acknowledge the Tasmanian Aboriginal community, who are the traditional owners and continued custodians of the land and waters of lutruwita (Tasmania). 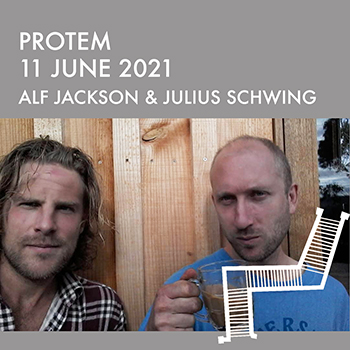 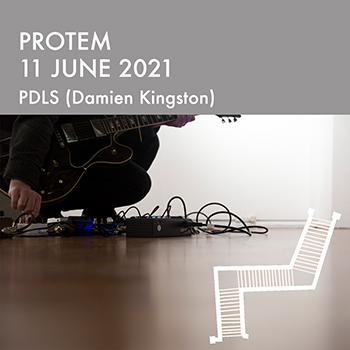 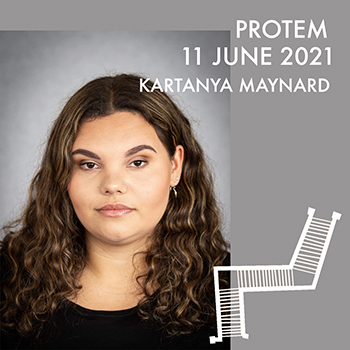 Kartanya Maynard is a trawlwoolway woman of nipaluna/Hobart in lutruwita/Tasmania. Since a young age Kartanya has been a storyteller and always aspired to be an artist. She has gone onto establishing herself as a musician and is now emerging as a writer and poet. 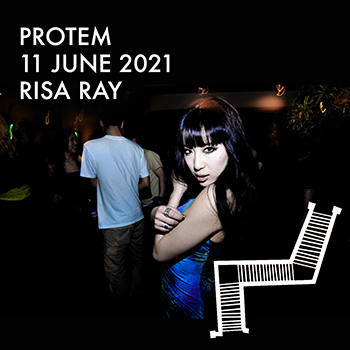 Risa began her dancing career at an early age, studying both classical and modern ballet and receiving numerous awards at the national competition level. In 2006, she entered the Japan Women’s College of Physical Education – home to some of Japan’s rhythmic sports gymnastics olympic medal winners – where she majored in contemporary dance and poured her creative energies into choreography, stage production and dramatic composition while performing as a contemporary dancer in Tokyo. Complimenting her work in the contemporary sphere, Risa has also performed regularly at numerous music festivals and many of Tokyo’s most famous clubs, as well as contributing her skills in event production and choreography to many artists both in Japan and on the international stage.