The Surrealists in concert 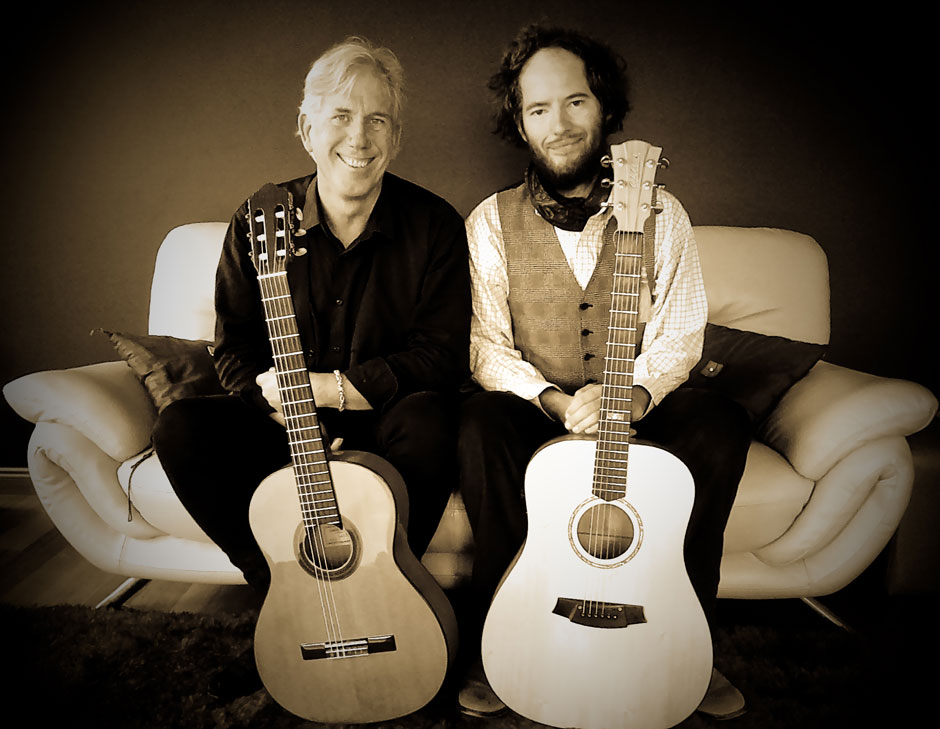 The Surrealists in concert is a live recording for their debut CD.

Two of Tasmania’s most original guitarists, Paul Gerard and Alan Gogoll have united to create The Surrealists.

This concert will be an evening of music to take the listener on a journey into unknown and unexpected musical territory. The program will consist of ten original compositions. All written to become the debut CD.

A live recording is not only the compositions of the artists, but also a unique atmosphere generated on that performance by both the artists and the audience. The concert is an opportunity to be part of this musical journey and therefore a vital part of the debut CD.

The Surrealists are about dismantling the known and then expressing the music in a new and unique way. They are a new duo for the Australian music scene, two of Tasmania’s best and most original instrumental guitarists. They are Paul Gerard and Alan Gogoll.

Paul Gerard with his exploration of Spanish and flamenco music has 35 years as a professional musician. Paul has played concerts extensively throughout Tasmanian and Australia with numerous periods playing in England and Europe.

Alan Gogoll is the new young bred of acoustic guitarist with his uniquely expressive harmonic finger style utilizing alternate tunings and his visually and musically exciting percussive fret board tapping. Alan has been a professional musician for the past 10 years, awarded 2014 wedding musician, he is in high demand around Tasmania for his beautiful solo playing.

Both Paul and Alan are avid composers with a total of 13 CD’s between them. They are currently composing all new material for The Surrealists a musical journey they are both finding challenging and exciting, blending these two styles together.