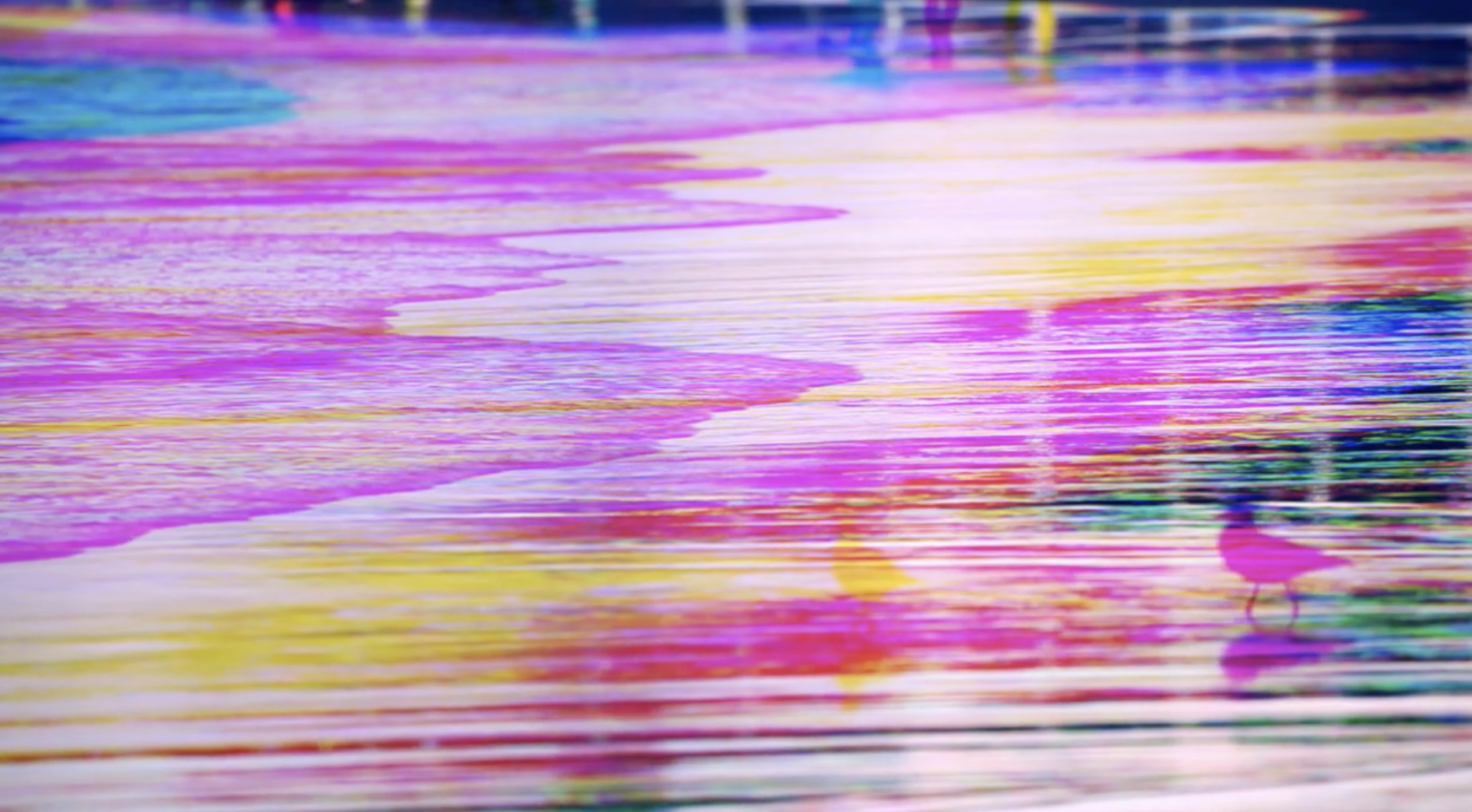 Four internationally acclaimed artists
in one room for one night only.

Following their performance at Salamanca Arts Centre in 2017, and other performances in London, Newcastle, and Beppu, Japan, artist Tim Maguire and pianist Dorian Ford return to the Peacock Theatre for a new event combining video projections and live jazz (featuring Nick Haywood on bass and Tom Robb on drums).

Tickets available ONLINE via eventbrite or at the door (pending availability)

‘The saturated, iridescent hues and subverted colouration that form Tim Maguire’s latest body of video works and photographic light-boxes draws our attention not only to the complexities and subtleties of refraction but the process by which colours are derived in art. Capturing the play of water and light, Maguire’s striking works consist of film takes of water, which twist and merge to form striking, alien nests of colour.’
– The Age, Melbourne

‘It is gratifying to see a pianist of Dorian’s calibre present the heart and soul of the music so eloquently and so authentically.’
– Ronnie Scott

Tim Maguire‘s art practice incorporates painting, printmaking, photography and video. His career spans 35 years, with over 50 solo exhibitions around Australia and internationally. He is fascinated by light and colour and the transformative effects of process. He uses colour separation techniques – not unlike those used in commercial printing – which blur the distinction between the mechanical and the handcrafted. Maguire uses digital photographs as source material for his paintings and prints. His video work extends this approach, producing exquisite and compelling moving pictures . With these he uses the additional element of time to transform and abstract his source material (movement of water on water, reflections, light and shadow), creating luminous effects, slow shifts of refracted colour , and slow repetitive rhythms, which aspire to both painting and music. Tim lives and works in SW France and Sydney

London-based Dorian Ford‘s unique and personal playing style takes in jazz, classical, folk and rock. Taking up heartfelt melodies and deep grooves, his music journeys devotedly and fearlessly across the vast musical landscape with all its deep history and tradition.

Dorian calls his approach to performance ‘Total Piano’, giving equal weight to all repertoire across genres. As an improviser, playing works by others informs the new music he makes. In December 2016 his solo concert at Burgh House in London, ‘Improvisations, Renditions, Interpretations,’ demonstrated this approach. More recently concerts in France, Australia and Japan have continued to develop this personal genre of music making.

He regularly plays nationally as well as in London (Ronnie Scott’s, The Vortex, St James Theatre, Wigmore Hall). His music has had BBC Radio 3 airplay and been used in film, including features by Stephen Frears (Mrs Henderson Presents) and Josh Appignanesi (New Man and Minatour) which he also appeared in as an actor. He has received acclaim from influential jazz critics Ian Mann and Selwyn Harris; from Musician magazine; and endorsements from eminent composer Hugh Wood and director of The Vortex, Ollie Weindling. His trio received Arts Council and Creative Scotland support for UK touring.

As a curator, Dorian established Jazz Roots seasons at St James Theatre, receiving PRSF funding. He recorded interviews with the wide roster of musicians who performed there, releasing these as podcasts now housed in the British Library Sound Archive.  A passionate advocate for the art form, he organized the UK’s only Open Space for Jazz national conference, attended by almost 100 musicians, curators and producers from across the industry.

Cross artform collaboration is a growing theme in Dorian’s work.  In 2015, as a response to the video work of Australian artist Tim Maguire – he created a full length solo piano concert at the London Jazz Festival, accompanied by a DVD. Other collaborations include work with Bethan Peters, choreographer in residence at Greenwich Maritime Museum; photographer/video artist Judy Goldhill; ceramicist/video artist Liz Matthews; and poet Maureen Duffy (setting her full length translation of the medieval Breton lay Sir Orfeo).

Over the past thirty years Nick Haywood has become one of the most in demand bassists and educators on the Australian music scene. He has impressive performance and recording credits with both Australian and international artists. Nick has performed at every major festival in Australia including Montsalvat Jazz Festival, Wangaratta Festival of Jazz and Blues, East Coast Blues and Roots Festival (Byron Bay), York Jazz Festival (W.A.), Pinnacles Festival of Improvised Music (QLD), Manly Jazz Festival, Melbourne International Festival.

As a performer, Robb has been fortunate enough to work with some of the most accomplished musicians and ensembles in Australia, including Greg Kingston, John Hoffman, Tim Green, Rugcutters Quartet, Eugene Ball, Zac Hurren, and Scott Tinkler.  Robb’s recorded work has been released on Chemical Imbalance (SYD), Supersonic (BRIS) and Green Chimneys Records (BRIS), as well as being involved in numerous independent releases.