As a gifted educator and education researcher and policy-driver, he contributed greatly to the state of Tasmania and to the arts as the tireless long-serving President and later Vice President of Salamanca Arts Centre’s Community and Arts Centre Foundation Executive Committee across 1977 to 1986.

Our deepest sympathies are with his dear wife Em and family.

Lloyd Blazeley’s OAM was presented on 27 September 2013 by Chief Justice Alan Blow OAM QC in his capacity as Lieutenant-Governor of Tasmania, and Lloyd’s successor as President of the Community and Arts Centre Foundation (now known as Salamanca Arts Centre). 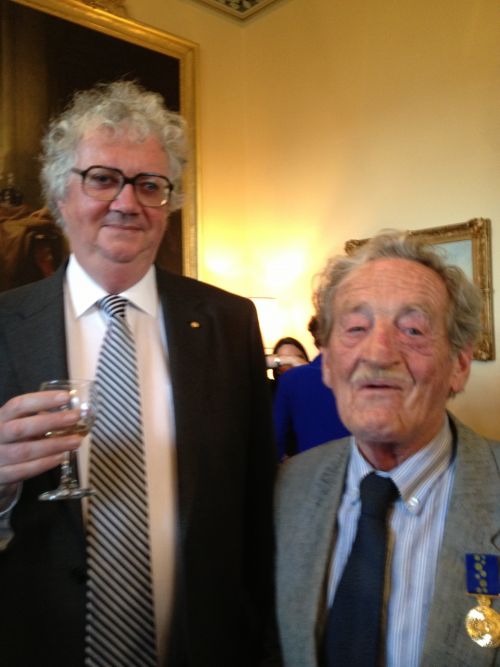