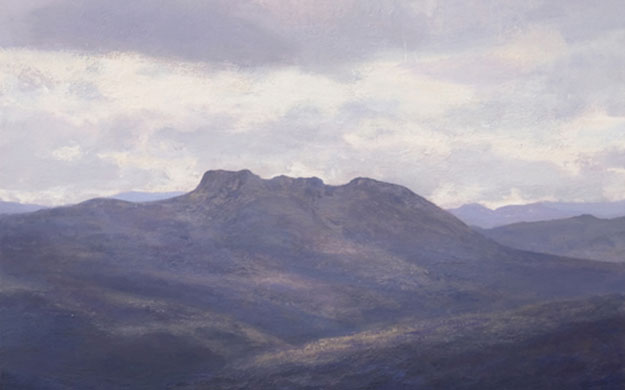 Adrian Barber’s painting is largely informed by the landscape of the Wellington Park and ranges adjacent to his home.

Amongst Adrian Barber‘s other influences are Taoist philosophy, representations of the sublime in nature, and the landscapes of his childhood spent in East Africa.

Although Adrian trained and then worked as a medical practitioner for 15 years, he maintained a deep interest in the visual arts. In 2000 he began studies at the highly regarded Adelaide Central School of Art and began painting as a full time career in 2004.

“….Pristine natural beauty is irrepressible. It seeks no reward, and is without goal, a beauty derived neither from symbolism nor metaphor and needing neither analogies nor associations.”
– Gao Xingjian – Soul Mountain