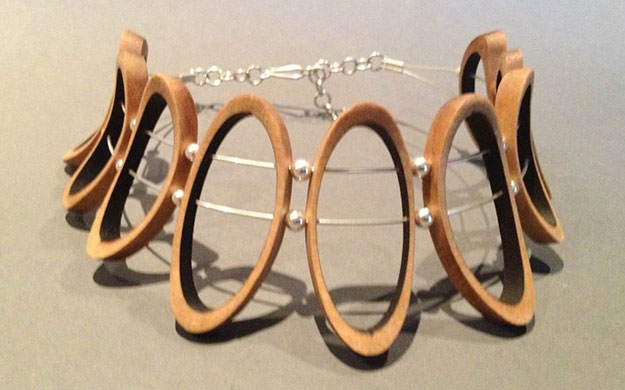 Jacqui Renton creates jewellery which is a marriage of cool, smooth silver with the warmth and texture of timber.

Jacqui Renton‘s philosophy to her practise is “…to treat all materials as precious whether they are expensive and rare or natural materials that have been reclaimed or recycled.”

Between 2012 – 2017, Space 120 was occupied by a small studio collective of three emerging jewellery artists – Rengin Guner, Jacqui Renton and Tanja von Behrens. All three artists studied together under the same tutelage at the Tasmanian Polytechnic.