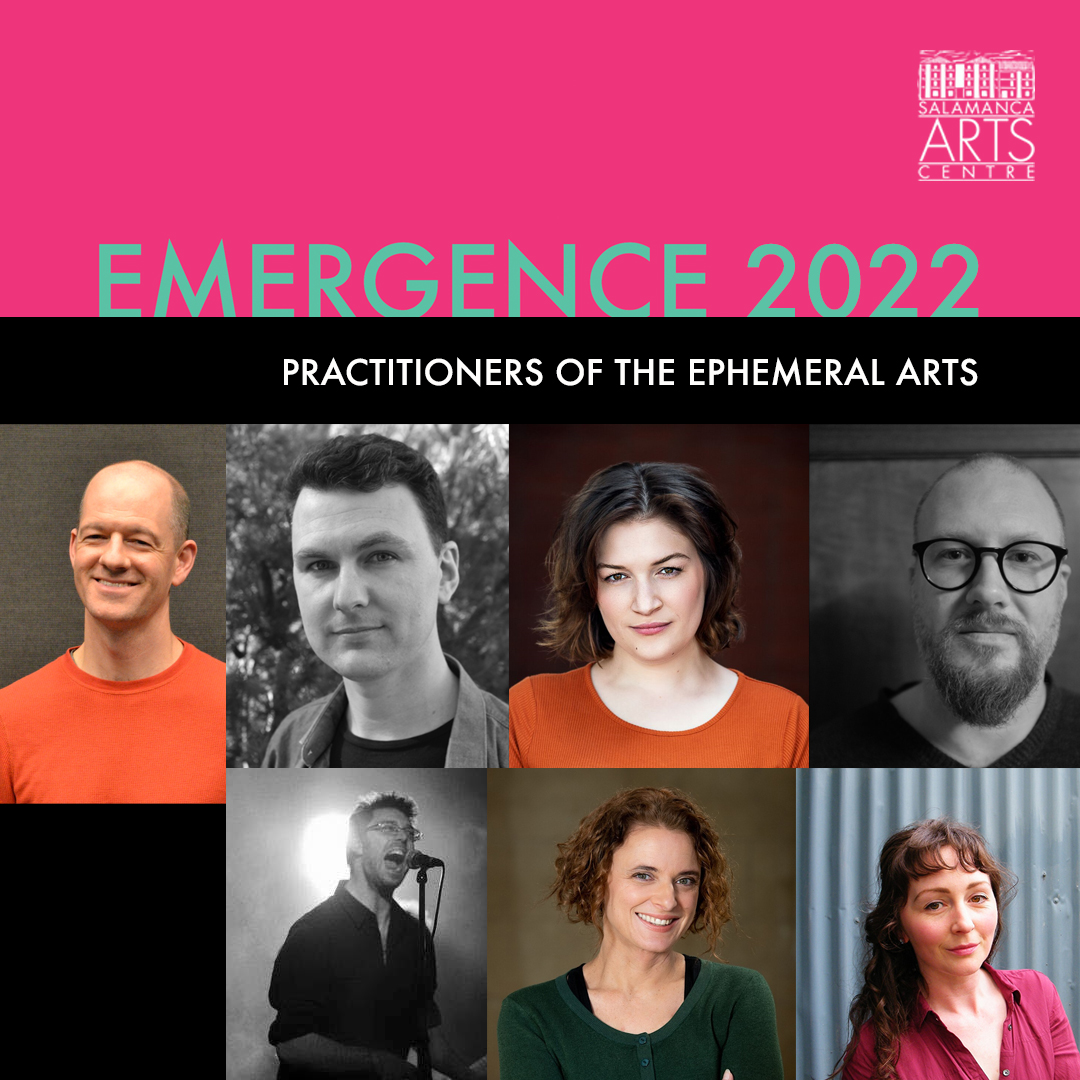 Rowan Harris: Rowan Harris has created a number of long-form improvisation show formats including ‘The Holey Book’,  ‘Sciprov’, ‘The Chair’ and ‘MomentUs’ as well as founding the first Long-Form and Narrative improvisation ensemble in Tasmania, ‘Imprognosis’. Some of his favourite shows performing alongside international improvisors have been ‘Close To You’ by Rama Nicholas, ‘The Long Weekend’ by Christine Brooks and ‘In a New York Minute’ by Glenn Hall.   More recent work includes performances for the Burning Desire Festival, Underground ArtsBar, Theatresports and for Science Week.  Rowan was a member of the Danger Academy ensemble for a number of years and performed at the Marion Bay Falls Festival.

Matt Wilson: Matt Wilson has worked for over 25 years as an improvisor, actor, and director. He has performed with companies such as Terrapin, Tas Theatre Company, Blue Cow and Round Earth. As an improvisor he has been seen in The Underground ArtsBar, Theatresports, science week Impro, and Imprognosis’ The Holey Book, as well as his long-standing prize-winning work with Rowan Harris in the duo Harris and Tweed. He can also be seen in the film clip to A. Swayze and the Ghosts Mess of Me and briefly in the feature film Van Diemens Land.

Andrew Morrisby: Andrew Morrisby is a pianist, award winning musical director, choral director, arranger, and tutor based in Hobart, Tasmania. He studied at the Tasmanian Conservatorium of Music, completing a Bachelor Degree under the tutelage of Beryl Sedivka. As a student, he performed as a soloist in the Tasmanian Messiaen Festival (2008), and with the Derwent Symphony Orchestra playing Gershwin’s “Rhapsody in Blue”. He has also played as an orchestral keyboardist with the Tasmanian Discovery Orchestra and Derwent Valley Concert Band.

Andrew is heavily involved with the musical theatre community, having worked as a musical director, conductor, repetiteur, and pit orchestral musician for a number of Tasmanian theatre companies. He was a member of the winning ensemble, “Blush Opera” at the Tasmanian Cabaret Festival in 2014, and is a recipient of the Tasmanian Theatre Awards for Musical Direction in “Forbidden Broadway” (Hobart Rep 2015), and Best Ensemble for “[Title of Show]” (Old Nick Theatre Co 2019). Andrew has credits for vocal arrangements on the new work “Euphrasia, The Musical” (The Actors Studio, Kuala Lumpur 2019) in a collaboration with composer Mia Palencia.

More recently, Andrew has been busy post-covid as Musical Director for “Shane Warne the Musical” (The Cabaret Club) and “The Old Man and the Old Moon” (Jack Lark Presents), as a guest conductor for the Tasmanian Youth Orchestra Sinfonietta, co-directing vocal group “Tonic”, as accompanist for the Southern Gospel Choir, performing with original rock band “Gabe and the Dagrezios”, original funk/fusion band “Solace”, and as a member of the long-form theatrical improvisation group “The Practitioners of the Ephemeral Arts”.

Andrew works as a private teacher, tutor, and accompanist in Hobart.

Natalie Venettacci: Natalie is a proud Tasmanian creative and a graduate from Actors Centre Australia. She recently toured internationally with Terrapin’s Red Racing Hood. Natalie also toured with Poetry In Action around Australia and recently produced a performance art piece through UTAS at Dark Mofo called Touch Me if you Trust Me. Acting credits include As You Like it and A Midsummer Night’s Dream for Directions Theatre, One Man Two Guvnors and Hamlet for Old Nick, O – The Tragedy of Ophelia for Andy Aisbett, and Dot Dot Dot for The Old 505. You might find her on Saturday’s at Salamanca Market roaming as a Covid Buster for Terrapin Puppet Theatre.

Simone Dobber: After a long-short hiatus, Simone is thrilled to be back performing Imprognosis alongside some of Tassie’s finest. Her pre-covid credits include As You Like It and Much Ado About Nothing with Directions Theatre, Chicago with Bijou Creative, How to Hold Your Breath and Those Who Fall in Love Like Anchors Dropped Upon the Ocean Floor with Loud Mouth Theatre Company. Her screen credits include Rosehaven in 2016 and 2017 and The Magnetism of Us with Acute Brow Productions. She has also co-written, costume designed, acted and composed music for Mermaid and the City with Beauty and the Bitches.

Carrie Maclean: Carrie is a writer, actor, director and mother of four. She is a founding member of Mudlark Theatre and the Radio Gothic collective. Since graduating from UTAS with a BPA, Carrie has had numerous performing roles onstage and onscreen, with her debut in a feature role as Ann Solomon in The First Fagin (2012). As a writer, Carrie has several projects in development, including a television drama series for Aquarius Films and Pistachio Pictures and Mental, the Mother Load, a documentary theatre performance exploring the grotesque nature and beauty of motherhood.